Mexican artist and filmmaker Guillermo del Toro, b. 1964, has used his lifelong fascination with horror and myth to inspire his innovative filmmaking and creative interpretations of otherwise conventional genres of art and film. Del Toro is known for his ability to visually and conceptually redefine fearful imagery and establish a relationship with hitherto unexplored elements of dark, scary places and childhood terrors. 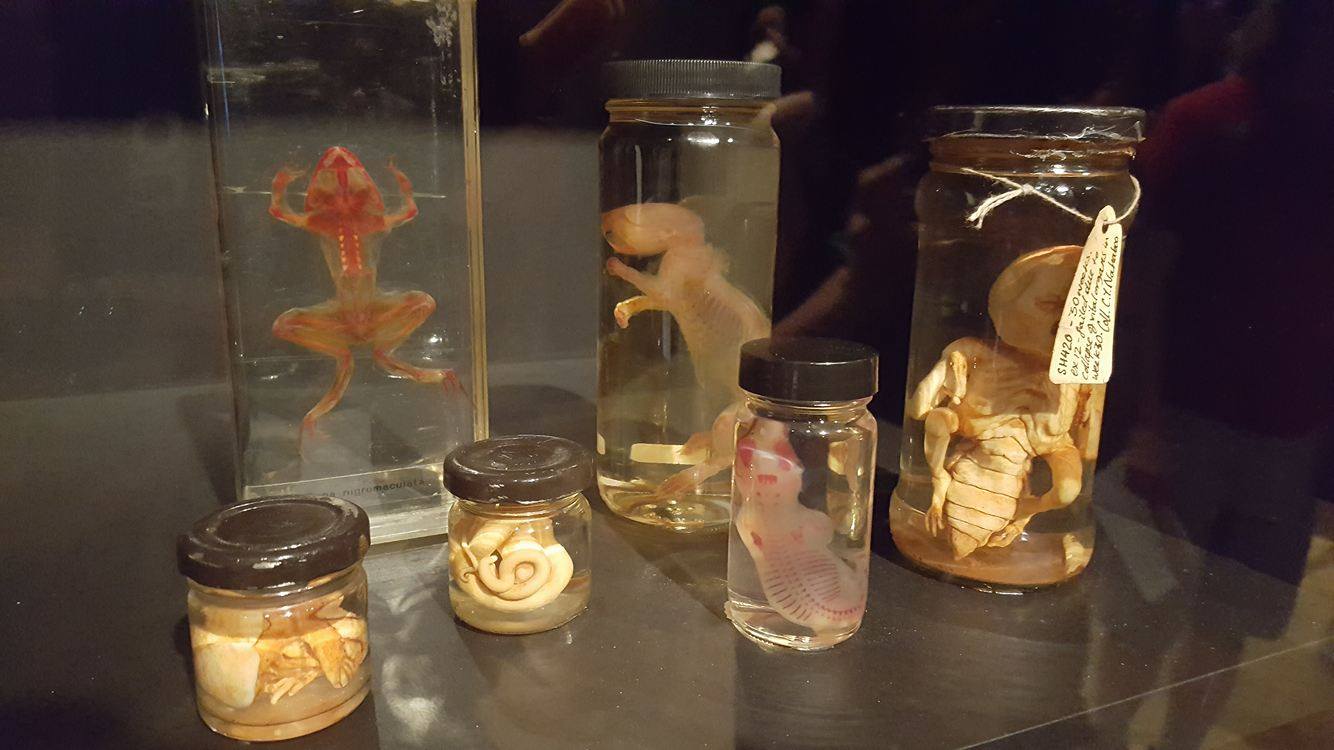 In his first museum compilation, Guillermo del Toro: At Home with Monsters, del Toro encourages viewers to examine the social and psychological power suggested in an assortment of his objects, paintings, sculptures, photographs, costumes, illustrations, and other varied creations. With approximately 500 objects held in the exhibition, the intensity of del Toro’s journey into psychologically dark places is brought to full light. The exhibit travels through del Toro’s imagination in a journey of 8 thematic sections touching on the evolution and sources of his inspirations.
Childhood and Innocence introduces the exhibition with del Toro’s early intrigue with monsters and demons. This section explores the significance of children throughout del Toro’s artistic career.
Victoriana follows with a look at the Romantic, Victorian, and Edwardian ages. Here, he explores the Victorian era’s affinity with science through his collection of insects and artistic images. The artist’s obsession with insects is often portrayed in his science­fiction films, such as Mimic, where insects are given an autonomy in which they take on human­like forms in order to reverse the domination of humans over nature.
His commentary on the hierarchical dominance of humans over nature is followed by The Rain Room, based on Bleak House, his actual residence and studio in the suburbs of Los Angeles, which name was inspired by a novel by the Victorian writer Charles Dickens. The Rain Room simulates an ongoing thunderstorm using an improvised window and special effects. 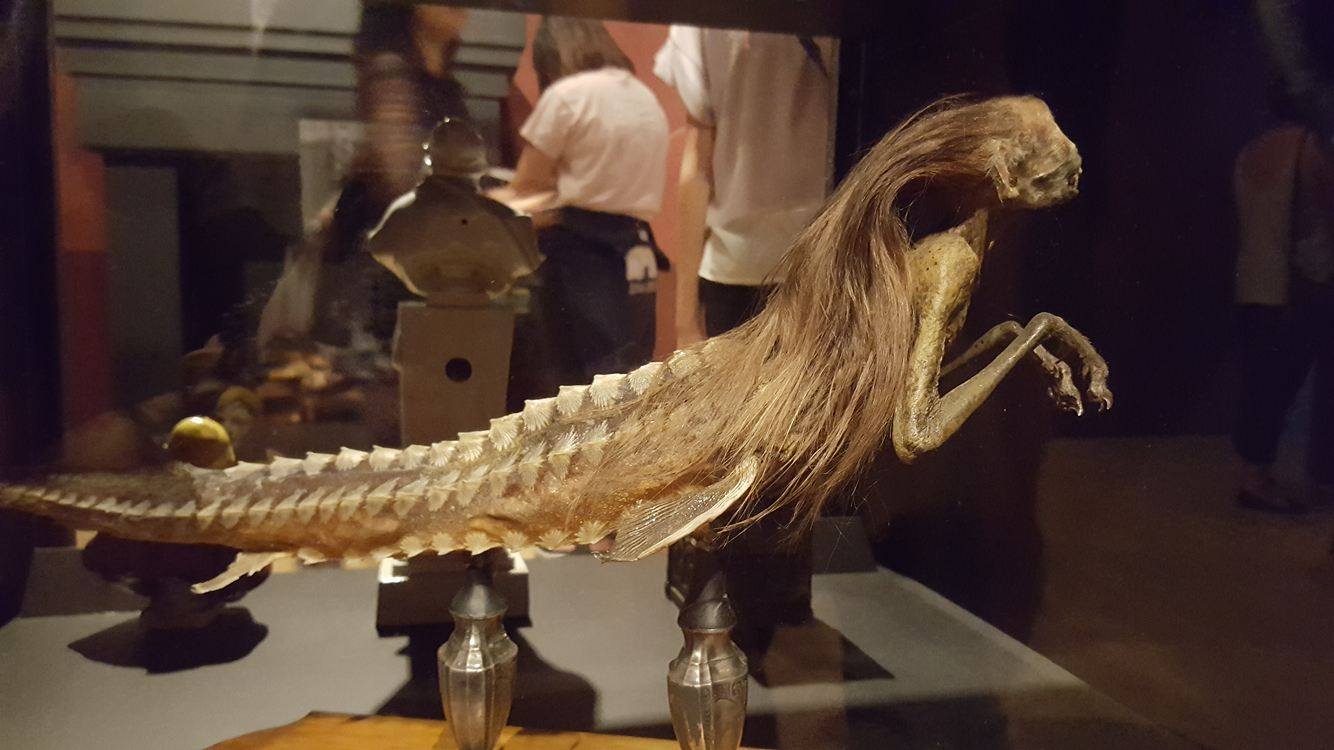 The Magic, Alchemy and the Occult gallery follows with an exploration of his ongoing fascination with puzzles, secrets, and quests for knowledge. This section honors one of his deepest influences, American writer L.P. Lovecraft.
Movies, Comics, Pop Culture visits another of del Toro’s cinematic influences, Alfred Hitchcock, along with his admiration of comic books and illustrators like Jean Giraud.
The Frankenstein and Horror section covers del Toro’s childhood enchantment with Frankenstein and shows the influence the monster had on his works of art. Del Toro’s artistic process mirrors Frankenstein in that it renews old material to create an original piece of art.
Freaks and Monsters traverses the various types of monsters that the artist creates or manipulates. His monsters personify aspects of society that touch on horror, fear, vulnerability, terror, and, ultimately, individuality and character. Del Toro continuously defies the classic perceptions of scary and reinvents the common myth of monsters by adding even creepier twists.
Death and the Afterlife reveals a dark and fearful part of del Toro’s childhood, perhaps the origin of the artist’s life of creation. This final gallery explores the depths of del Toro’s real suffering and terrifying experiences as a child in a strict Catholic household in Guadalajara, Mexico, a city filled with haunting images of death and suffering. 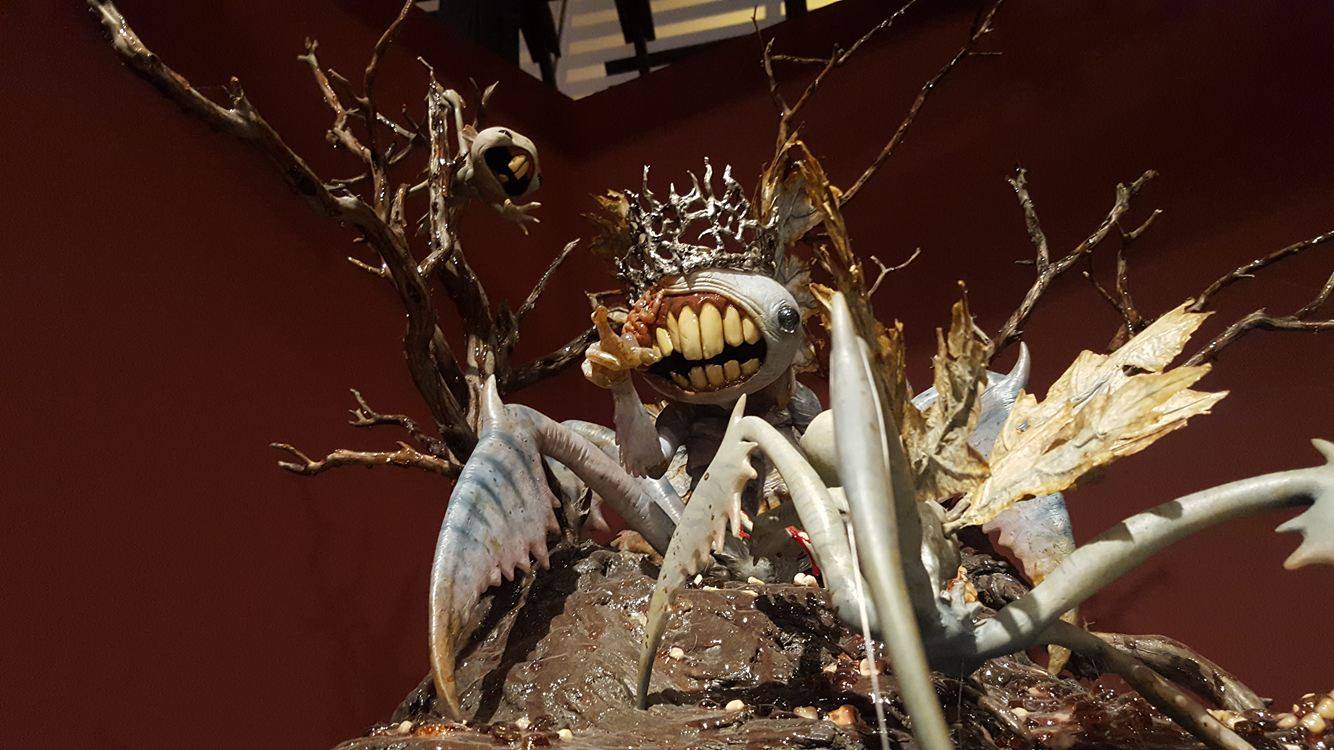 “This exhibition presents a small fraction of the things that have moved me, inspired me, and consoled me as I transit through life. It’s a devotional sampling of the enormous love that is required to create, maintain, and love monsters in our lives,” commented del Toro describing his first museum exhibition.
Del Toro’s glorifying representation of monsters, fear, and horror evokes both curiosity and admiration for the artist’s talent in approaching otherwise fearful and untouched topics. Often, his celebration of fear summons an indefinable appreciation for the master’s artistry. Not since Francisco de Goya has an artist so successfully tapped into the vulnerability and psychic effect of horror and fright. The exhibition, running at LACMA in Los Angeles, California from July 31 until November 27, 2016 will cringe and haunt viewers, leaving them to ponder what it is about del Toro’s haunting images and childhood nightmares that keeps us wanting more?

The exhibition will follow on to the Minneapolis Institute of Art from February 26 until May 21,2017 and the Art Gallery of Ontario from September 30, 2016 until January 7, 2018.

All photos by Linh Banh