Underwater and wildlife photographer Franco Banfi went below and beyond in his search for discovering the best of the rare and unknown wonders of the world. After being guided by an assembly of scuba divers through the deepest of oceans, the crew were following a pod of sperm whales before the creatures unexpectedly fell into a motionless slump. As unusual as it looked, the whales were actually shifting into rest mode before drifting off into deep sleep. This extraordinary discovery was first made by UK and Japan biologists back in 2008 when studying non-active sperm whales. They tracked the whales and closely examined their daily life cycle. It was determined that this collective slumber from the groups of whales would occur for short periods of just 6 – 24 minutes, approximately 7% of the animal’s life.
Banfi’s photograph Synchronized Sleepers made it to as far as the finals of the 2017 Big Picture Competition for the Human/Nature category. The Switzerland-based photographer’s portfolios can be viewed on his website  and his Instagram page (via kottke.org) 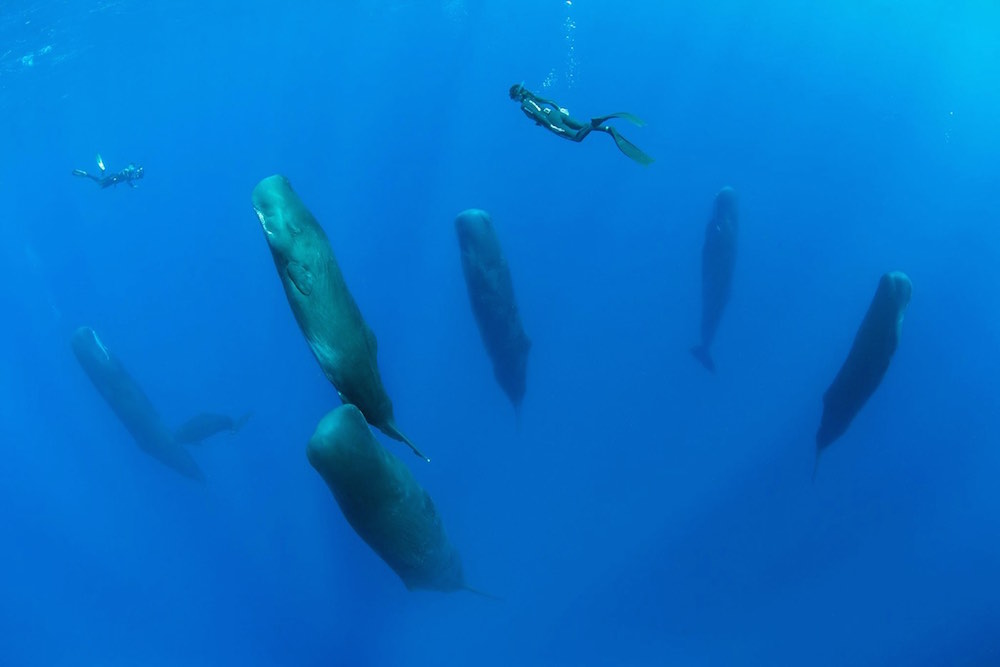